Let's do a Cannonball

In the sixty-two years since Community was founded in 1957, there have been several defining moments for our church family. I’ve been able to see God’s hand on Community for over twenty-five years as your pastor and I believe we began our latest defining moment in October 2018.

That is when we started Cannonball, a journey of radical generosity motivated by our desire to “Jump In and Make Waves” for Jesus! During the Cannonball series we heard thought-provoking messages from God’s Word, we met for five weeks in small groups, and we prayed that God would show us what we need to do to go “All In” for Him.

The result was AMAZING with over $16 million in commitments and expected giving over the next two years! It was an incredible time of celebration and gratitude to God for all that He plans to do in and through Community.

As we approach the mid-point of this two-year Cannonball journey, we’re immensely grateful to God for what He continues to do in and through Community and each of us individually. We don’t want to become complacent about our progress or stop listening to Him. In fact, we’ve been praying boldly, asking God what bigger waves He wants us to make in the coming year. He’s been inspiring and encouraging and challenging us all year long, but we won’t stop asking God to help us make even BIGGER waves in our community and around the world!

“Therefore, since we are surrounded by such a great cloud of witnesses, let us throw off everything that hinders and the sin that so easily entangles, and let us run with perseverance the race marked out for us. Let us fix our eyes on Jesus, the author and perfecter of our faith.” Hebrews 12:1-2 (NIV) 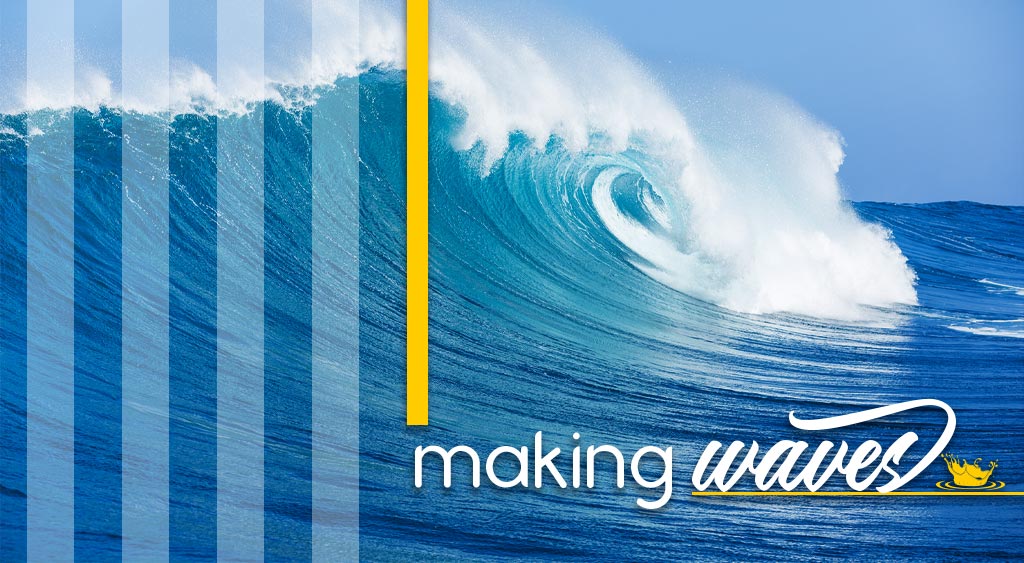 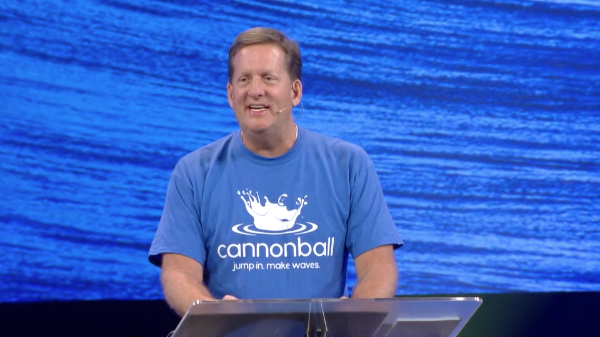 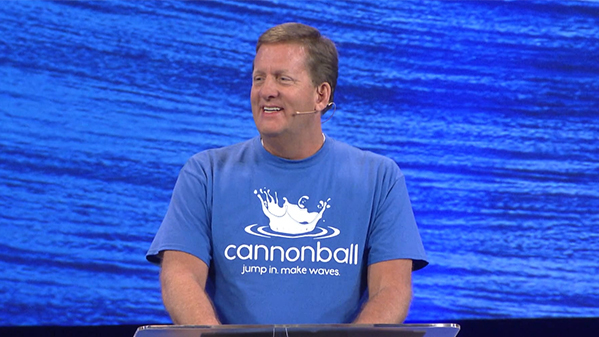 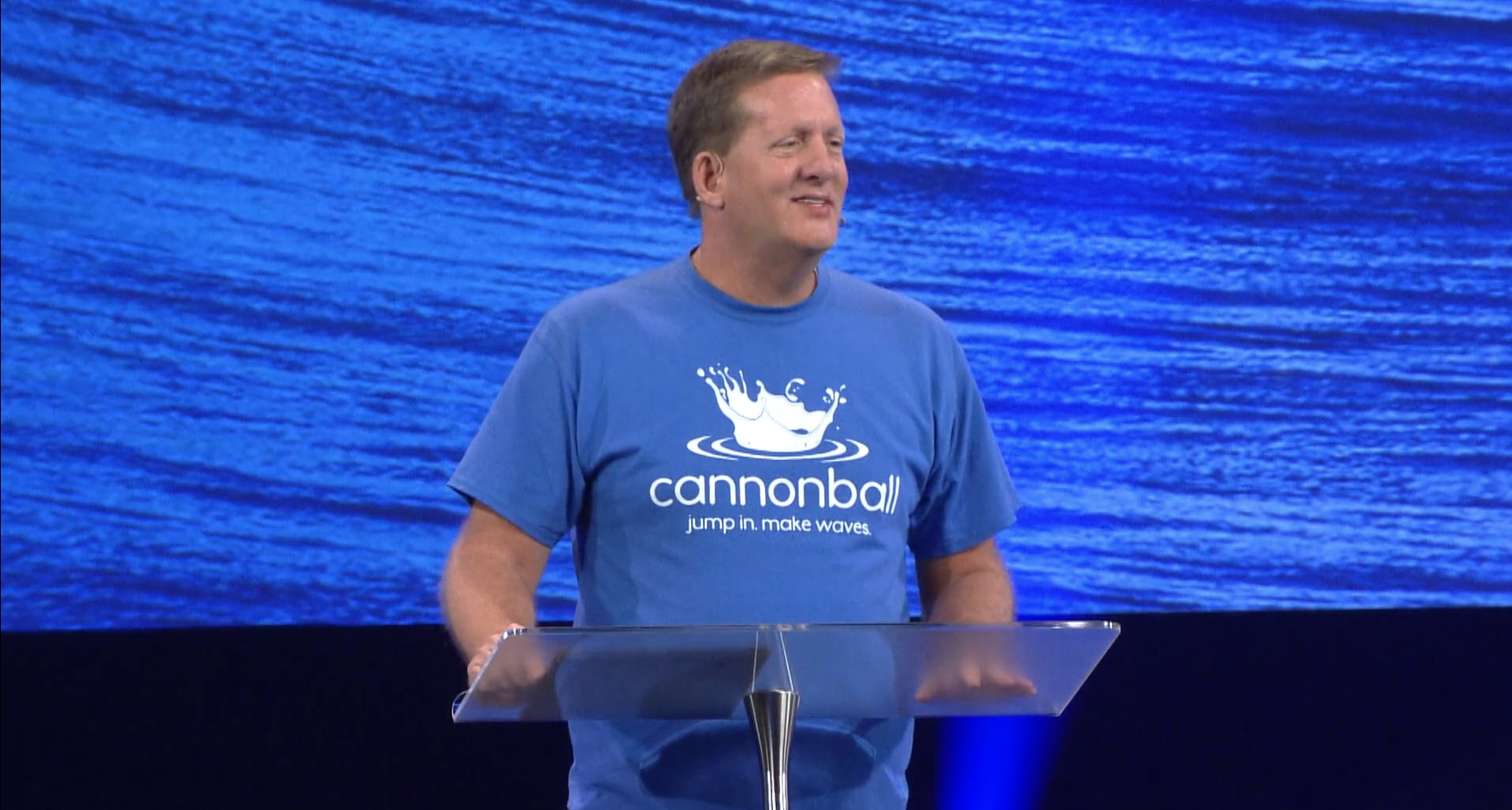 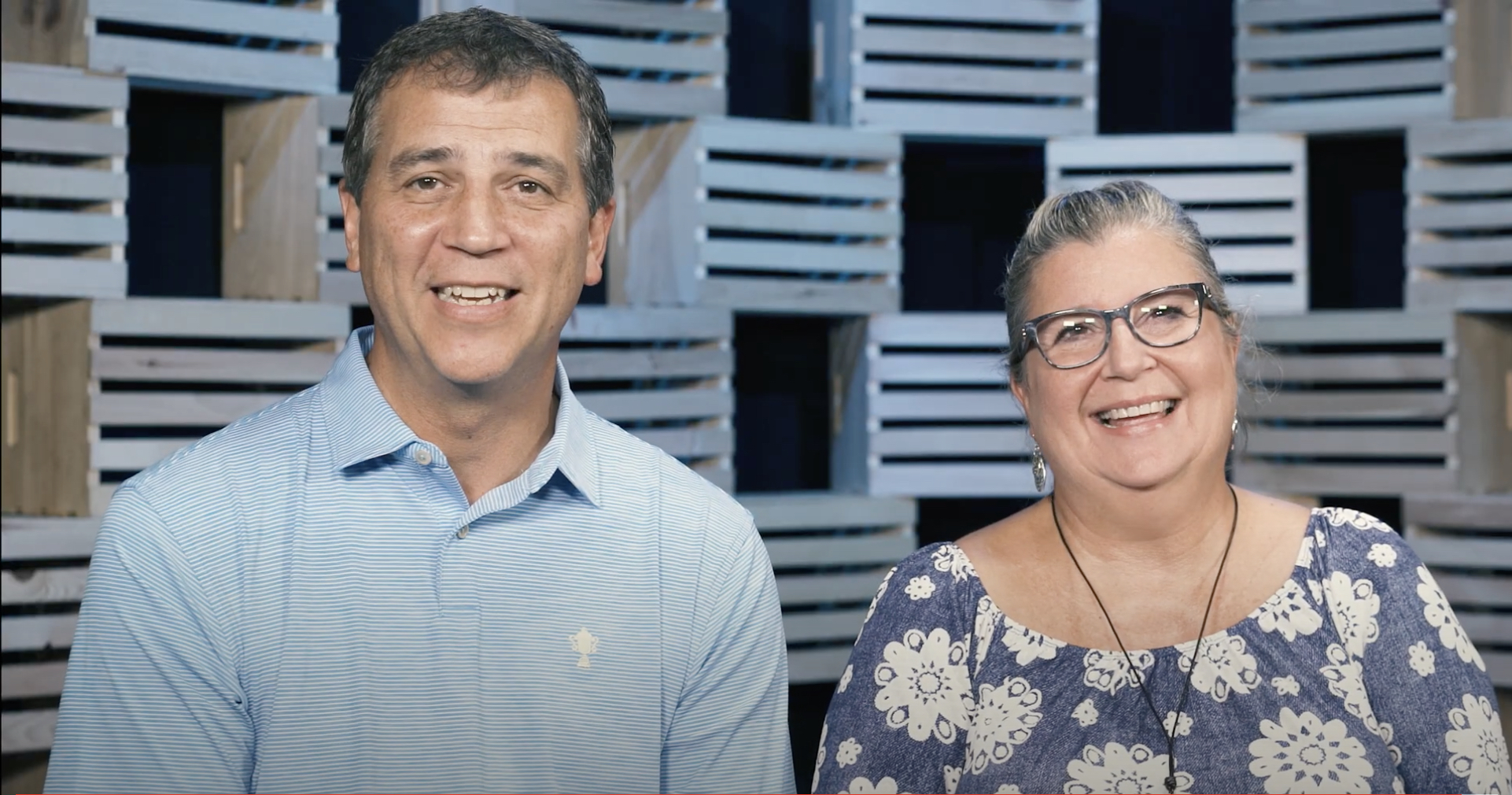 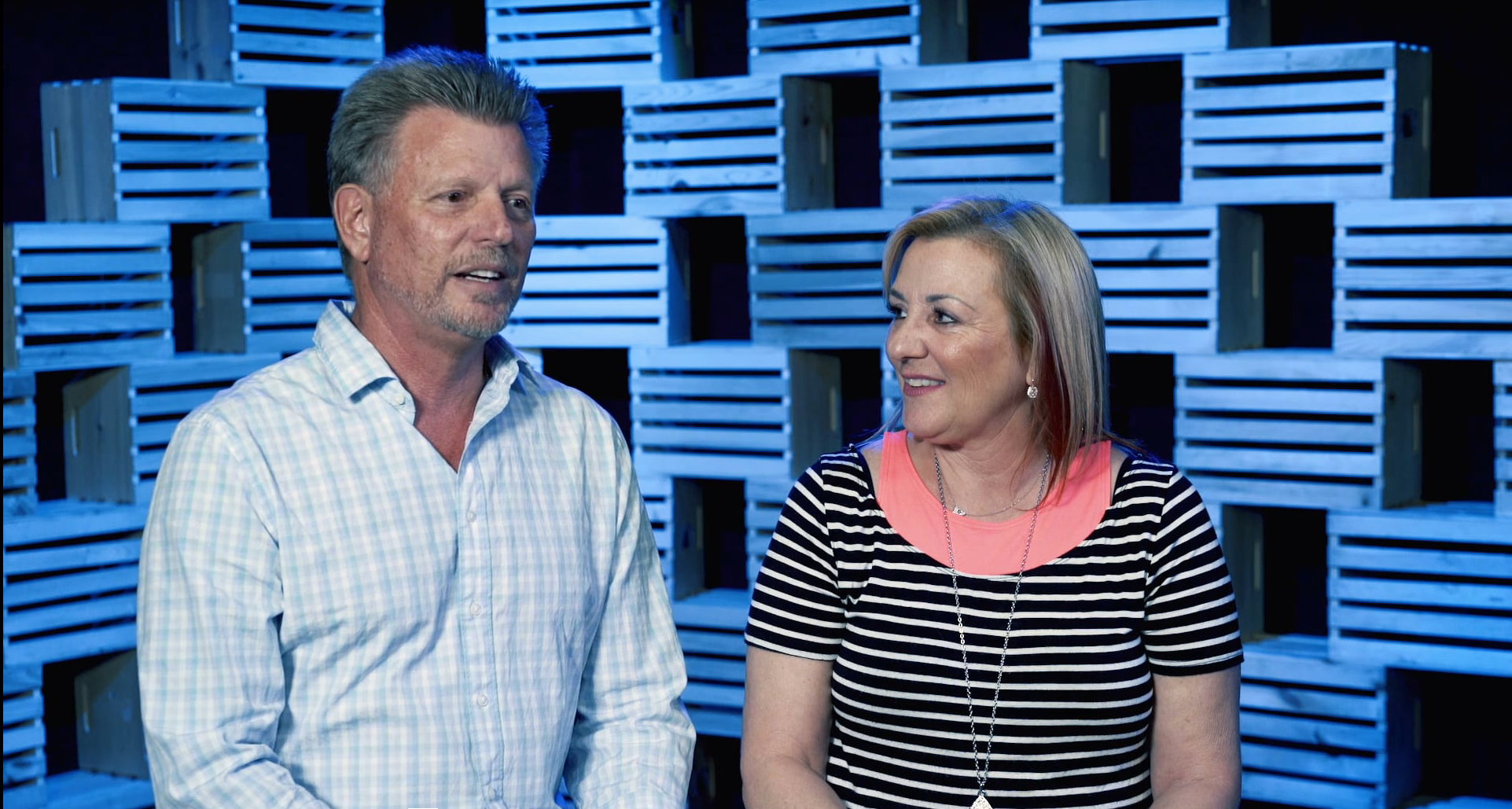 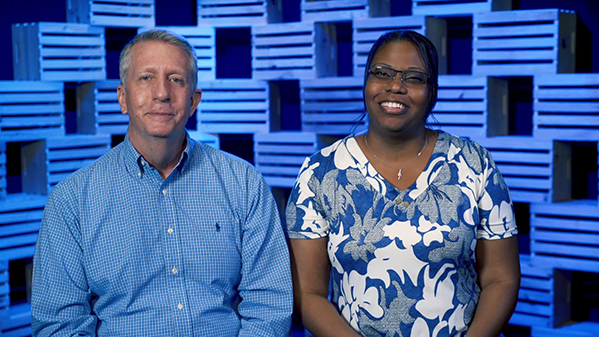 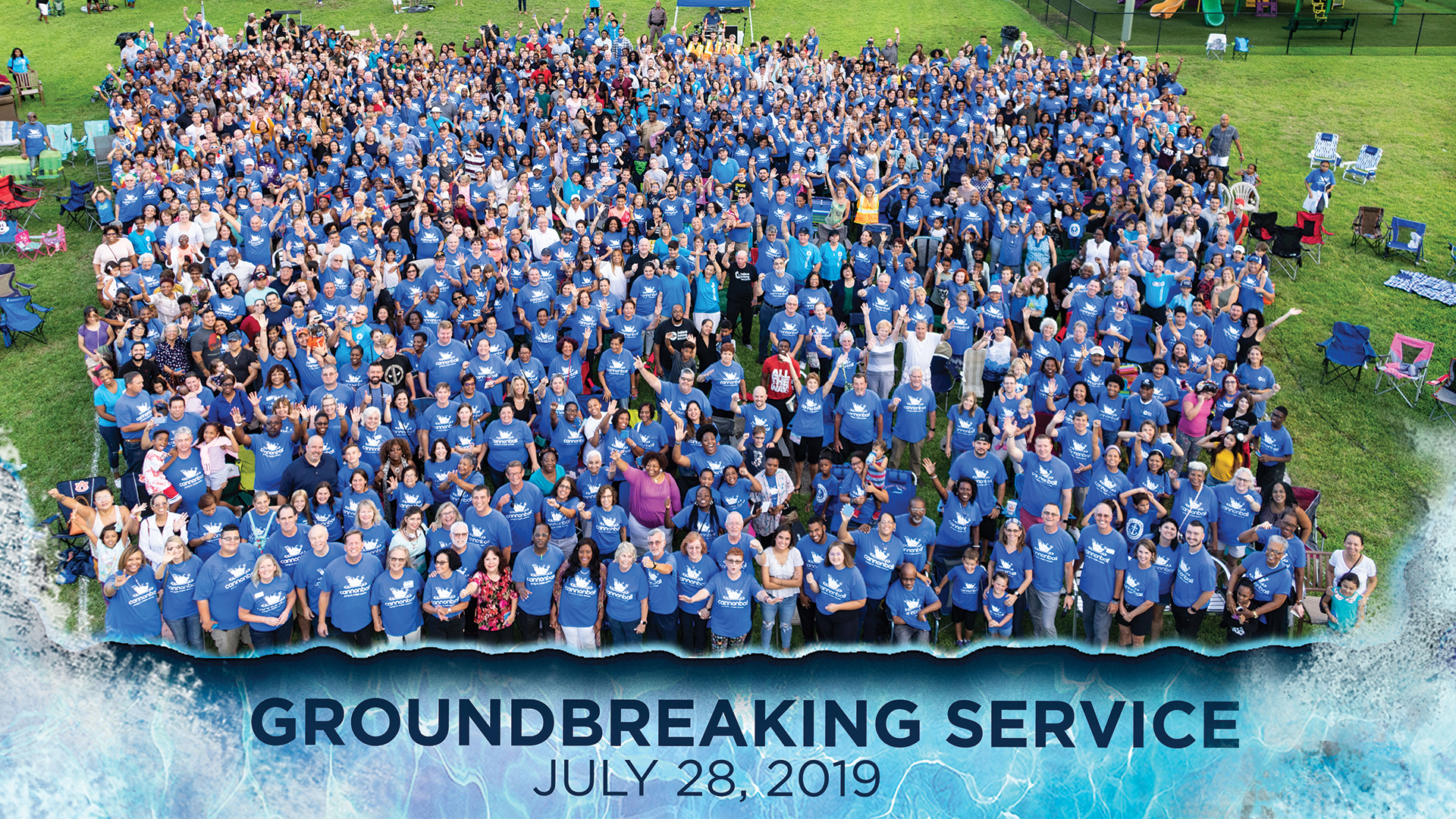 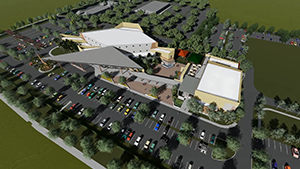 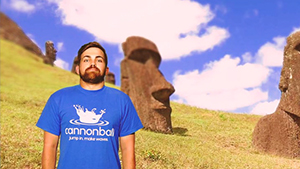 Cannonball Around the World 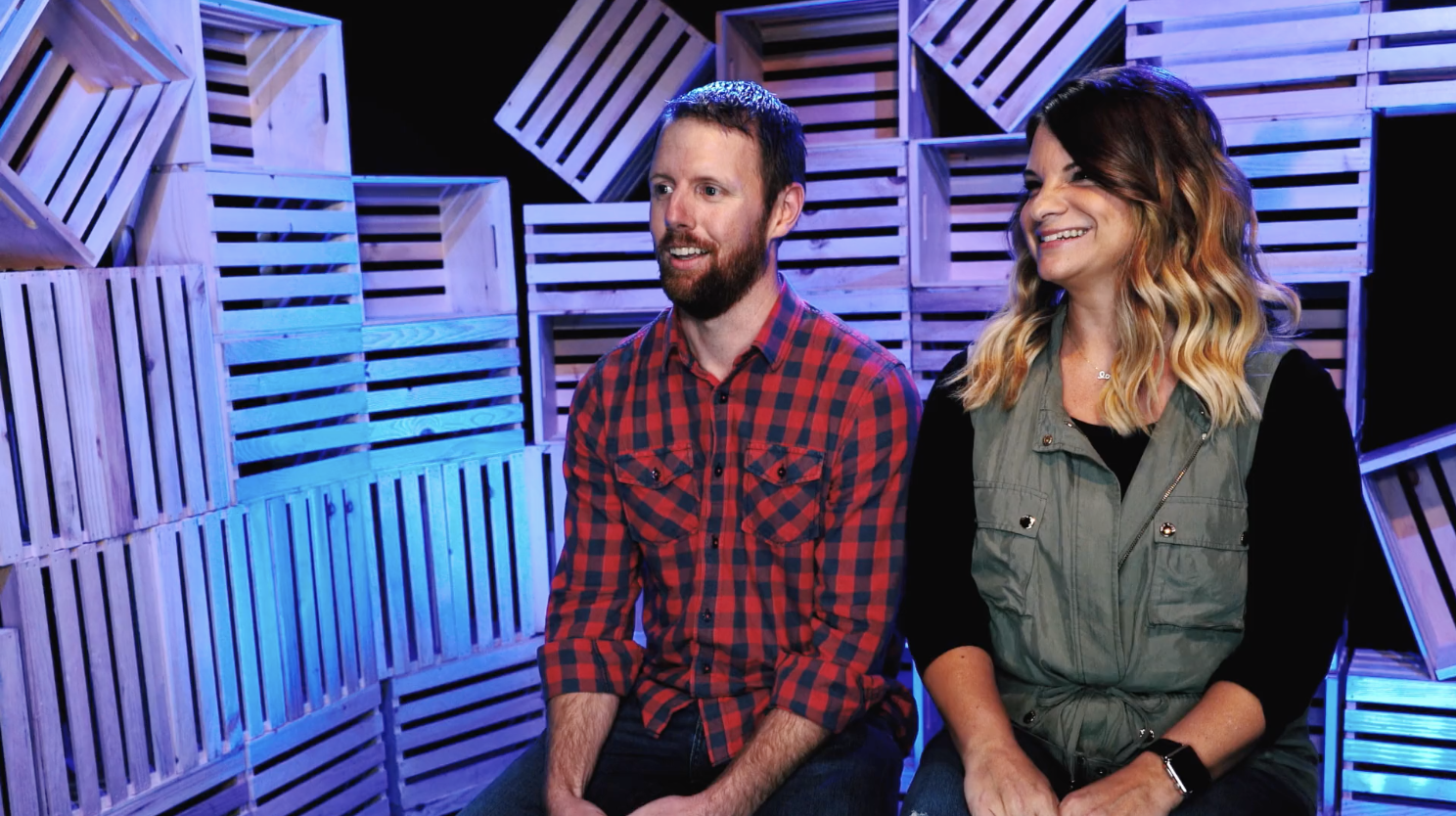 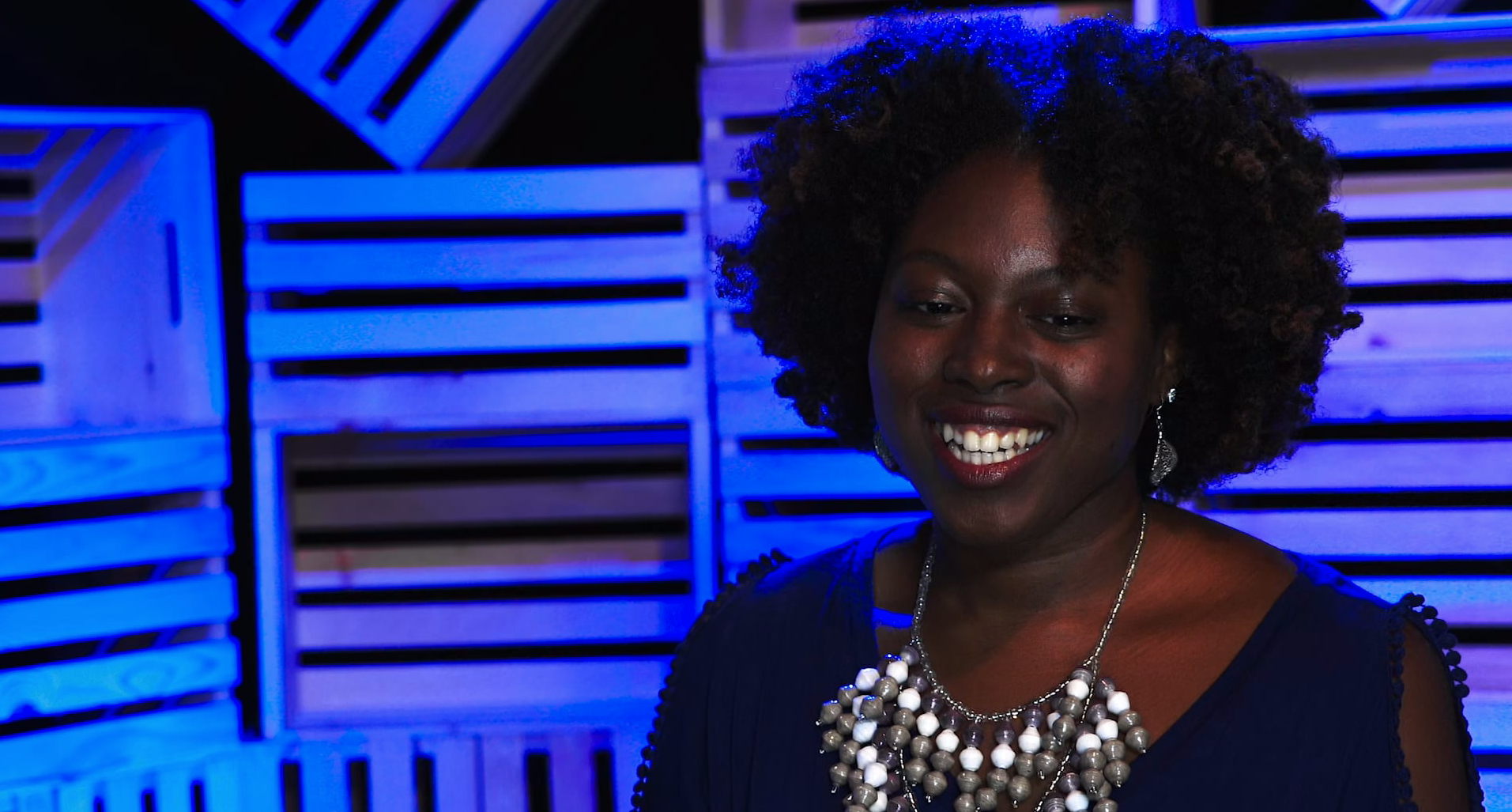 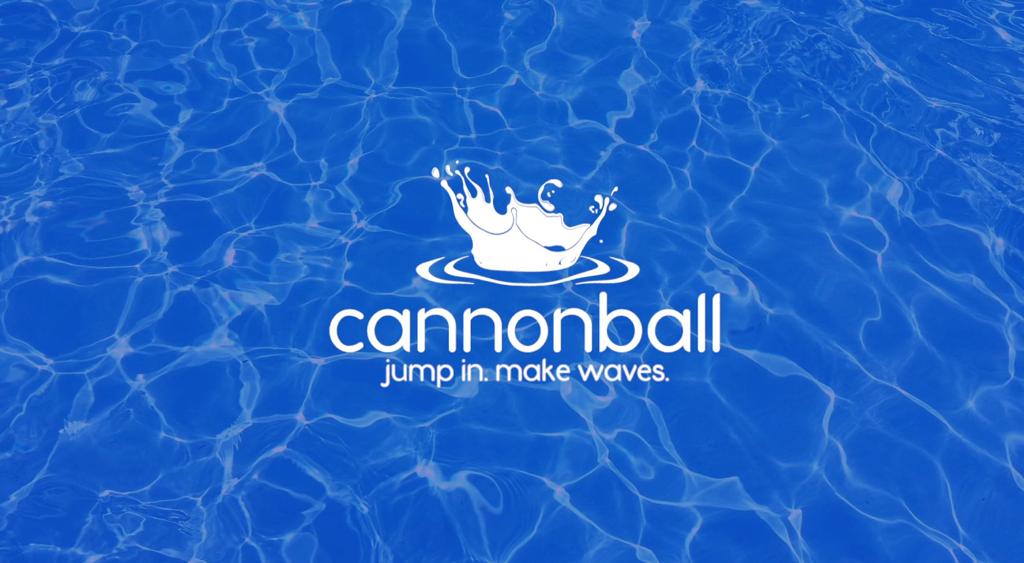 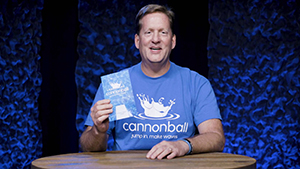 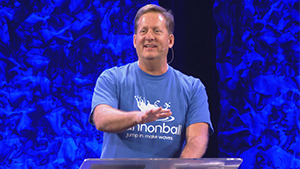 Week 1 – A Cannonball of Trust 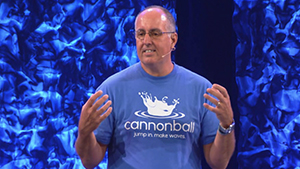 Week 2 – A Cannonball of Sacrifice 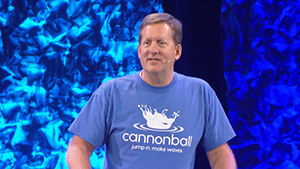 Cannonball: Week 3 – A Cannonball of Transformation

Cannonball: Part 4 – A Cannonball of Surrender 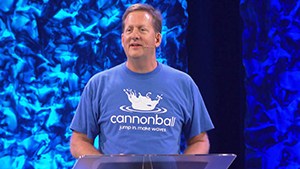 Cannonball: Part 5 – A Cannonball of Faithfulness 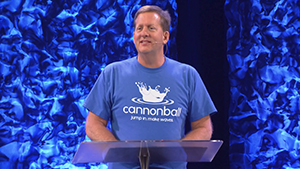 Cannonball: Part 6 – A Cannonball of Commitment 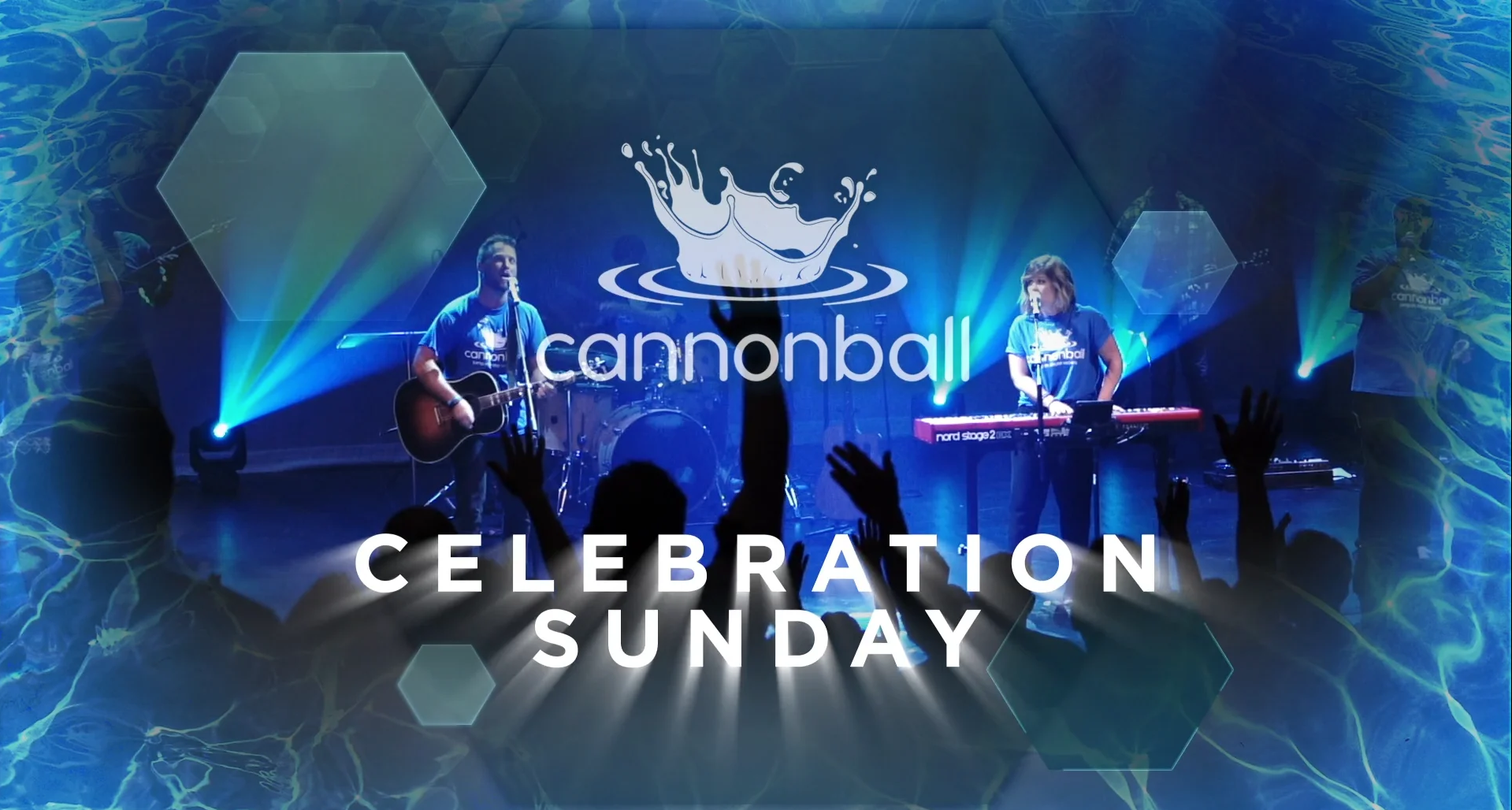 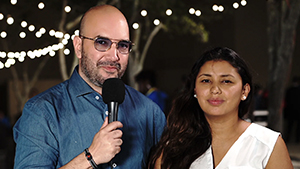 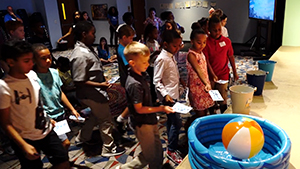 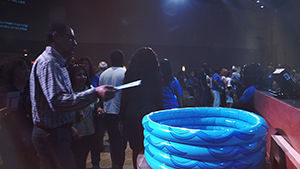 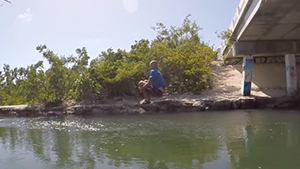 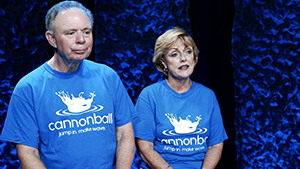 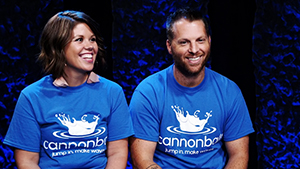 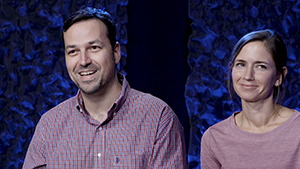 Dr. Perry Cook was the founding minister of Community Christian Church. In 1957, he saw the need for a non-denominational church in the southwest area of Ft. Lauderdale. They started with less than 25 members but they bought a building on 31st Avenue near Davie Blvd.

The first service in the new building was held on April 7, 1957. They had a lot of faith in a great big God and the church began to grow.

Under the leadership of David Chapman, who served as Senior Minister from 1975 to 1978, Community decided to buy land in an undeveloped area in Plantation Acres for future expansion. Their vision was for a church building that would seat 300 people. It was a big vision for a small group of people!

Stepping out in faith, the leadership of Community sold the original building in 1979 to give them the funds needed to start construction on the new building in Plantation. Although they continued meeting in the building for a time, due to construction delays the church met in rented space on the campus of Broward Community College from 1981 through early 1983. Despite the temporary space, Community continued to grow.

The first service in the new building in Plantation took place on May 1, 1983.

In January 1993, Community hired Scott Eynon, a Florida native and graduate of Florida Christian College, as our Senior Pastor. The church continued to grow in attendance by around 100 people each year during the 90’s.

Plans to expand in Plantation

In 1997 the leadership of Community made the decision to acquire land adjacent to our Plantation property in order to expand the building. Over a period of 18 months, the church acquired 12 additional acres of land and began the process of attempting to rezone it through the City of Plantation. Despite much effort by the leadership and members of the church, the rezoning request was denied in August 2000. We felt defeated, but we knew God had bigger plans. God’s “no” was really a “YES” to an even better future!!

In 2004 we purchased 15 acres of land in Tamarac and began the design of our current campus.

In 2005 we held a groundbreaking service under a tent on the new property. Throughout 2006 and 2007 we held a number of special events on the land and in the building while under construction.

On December 16, 2007 we celebrated the grand opening of our new building in Tamarac! The church attendance grew rapidly, nearly doubling in attendance in 2008 compared with 2007.

Community continued to grow steadily and in 2016 and 2017 was named among the Top 100 Fastest Growing Churches in America by Outreach Magazine!

In December 2017 we celebrated the 60th anniversary of Community Christian Church and the 10th anniversary of our time in Tamarac! Our favorite statistic of all: during the first 10 years in our building in Tamarac, 2,089 people were baptized into Jesus Christ!!